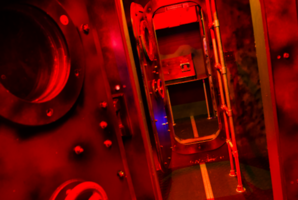 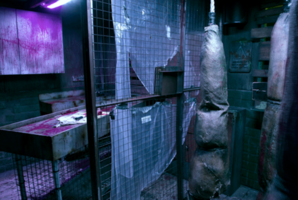 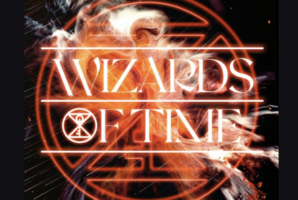 This was my 2nd ever room, and overall I had mixed feelings. I did enjoy the experience overall however I found the room to have a few really frustrating flaws that really dampened my enjoyment. Right from the start the very first mini 'puzzle' seemed very unintuitive, and it was only via a voice hint (in-game) that we realised how to progress. Yet even after we'd done what it asked, it still was a fair while before the lights came on and we could finally see what we needed to get through the first door. In one room we entered it starts off well lit, however the first thing I came across ended up plunging the room into darkness with no way to get the light back. Unknowingly making it much harder, since we hadn't checked the rest of that room yet, and so having to use the tiny torch to explore, instead of full light. I think this is a glaring problem, and made that part of the room incredibly frustrating. There was also a projection clue that was fairly obscure. Finally my 2nd biggest issue, there is a prop that is vital for the final room, that has no real explanation as to what it is, or how to use it. All it would've needed is a little pic in the book prop, and a tiny bit of rewording, and it wouldn't have been an issue. So mainly better feedback as to when you're rewarded for completing a puzzle part, better lighting without being able to accidentally make it harder, and more visual hints, would make this room way better.

You find a derelict building. A sanctuary that sways in the gale. Exhausted, you fling the door open, clamber inside and a gust of wind slams the door shut behind you.

Grateful to be out of the ever widening skies, you are told about an old tale used to keep children from wrong doings.

“Deep in the outskirts of Sheffield sits a dark forest, deep in the forest lies a dilapidated child’s home. Locals claim that many moons ago it’s Headmaster used to pay for his own immortality with the souls of the children. This was until the longest and darkest storm ever recorded struck; lasting over 12 hours and finishing at exactly midnight. Locals claimed, that evening, they could hear children’s screams whirl in the winds, that they had been visited by the children in their nightmares. And that their souls were bound to hell and that they would be back.”

With that final word, the clock strikes 12:00am and you hear the front door bolt behind you. The witching hour has began. 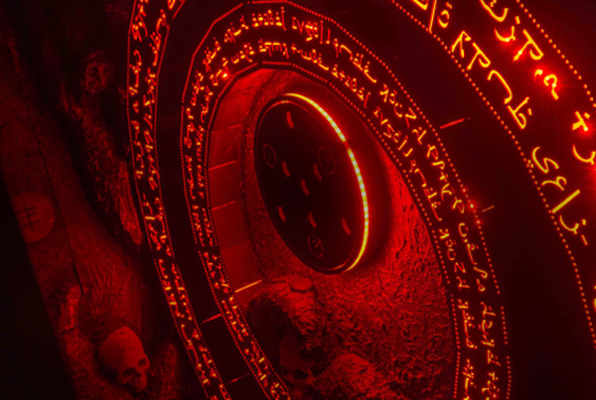