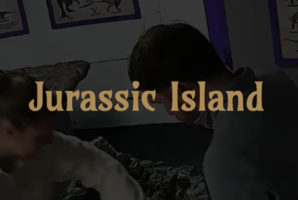 “Seven centuries ago the members of the “White Rose”, the secret order established to protect the mankind, gave their lives in the effort to slay Dracula, the bane of humanity. They failed. Yet last of them had managed to seal the gates of Dracula’s crypt and bury the master of vampires inside those walls.

Years passed. The withered vampire was not able to escape, waiting for his descendants to bring him back to life. Today the crypt, long buried beneath the castle walls was finally found and now it’s just a matter of time for vampires to revive their lord, who only needs a single drop of blod to raise. Yes, there’s still a chance. If those, who carry the symbol of “White Rose” will finish what was started, maybe we all have a chance to survive this evil.