Escape game The Dark Side of the Moon 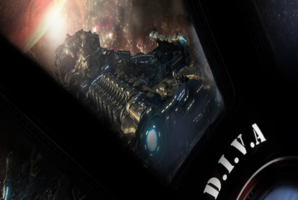 We went for the Dark Side of the Moon escape room due to our group of 5 being all rookies with no previous escape room experience and we had a good time. The layout of the rooms keep the team engaged and it's fun at times, hosts are friendly and overall we really appreciated that we were able to complete the mission with a little bit of aid. Would recommend as an outing activity for groups of friends that want to try something new before (or after?) the pub.

In the 1960's both the USSR and the USA made groundbreaking discoveries on their famous lunar missions. The Americans were the first to step foot on the Moon and the Russians luna 3 space probe captured and released the first photographs ever taken of the Moon.

However both the soviet and us governments kept some dark secrets from their missions. Declassified images revealed human activity on the dark side of the Moon - the wreckage of a secret nazi base. Since this new information came to light our own lunar telescopes have monitored the site and shown no activity...... Until now. A few days ago, at an abandoned radio station in Berlin, we intercepted a cipher message which was traced back to the secret Moon base. It read only one word, "bereit" meaning "ready".

So today you, as our brightest agents, will ascend to the Moon. You need to find the enemy base and destroy what is left of it and anyone you find there. Our intelligence suggests an attack is imminent, you must complete your mission before time runs out. 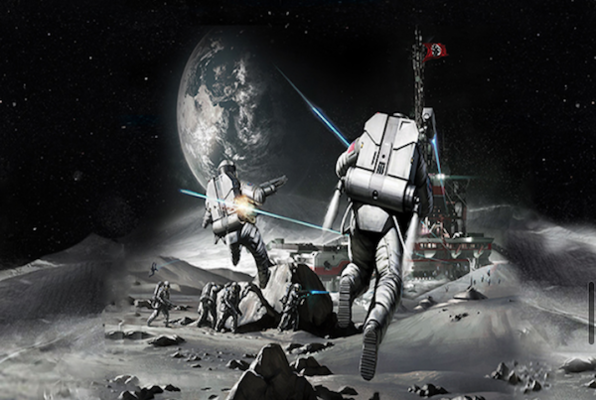 Reviews of escape game "The Dark Side of the Moon"