Had a great time. Definitely recommend

Stop the Train! combines the interactive fun of social deduction with the thrill of a runaway train. You must cooperatively deduce which of your co-passengers plans to sabotage the train before a fatal collision in Paris. As the train hurtles towards its destination, use the cards in your hand to hit the brakes and eject the Saboteur. As each character also has a personal mission, it won’t be clear who you can trust. Have you got what it takes to avert disaster and Stop the Train!?

It’s late November, 1942.
The 19:05 to Paris is armed with a bomb and hurtling towards its destination threatening civilian destruction. On board, the passengers include a Resistance Conspirator, an Mi6 agent and a Prisoner of War on the run. To avert disaster, they have only one hope: an emergency meeting to identify the Saboteur of this runaway train, throw him off and #stopthetrain!

A board game adventure. 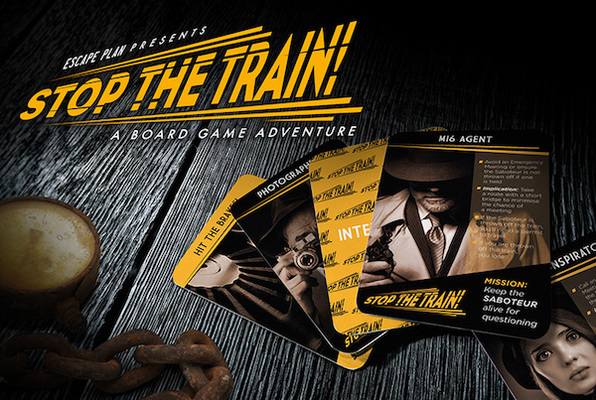