Escape game Professor Dunstan and the Search for the Ancient Statuette

Early 20th-century study belonging to your friend, Professor Oldervik Dunstan - a renowned archaeologist who works for the Ministry for Antiquities and Curiosities.

Despite travelling the world over to lead excavations, Oldervik usually finds time to keep in touch. This time, however, it has been almost six months since you received his last letter. Strangely, after enquiring at the Ministry it appears that nobody knows of Oldervik’s current whereabouts. All you can find out is that he had been tasked with locating and excavating the tomb of an ancient ruler.

According to legend, the burial chamber contains priceless artifacts including a mysterious statuette, which the Ministry is keen to acquire. When a letter from Oldervik finally arrives it is unusually short and to the point, requesting that you attend his study to look after his cats. As far as you know, Oldervik does not have any cats; something is definitely wrong. And so it is that you venture to Oldervik’s private residence in search of answers… 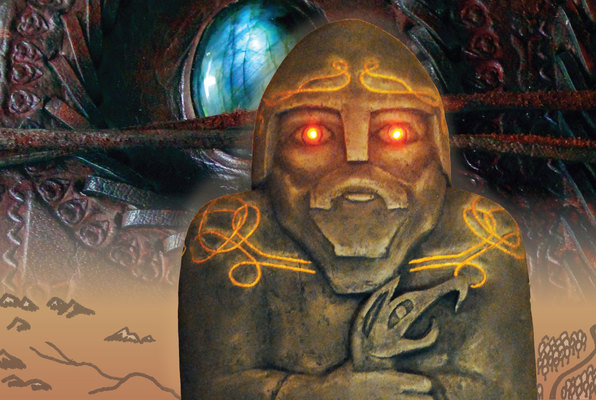