Can Be Run In Any Space

We had a brilliant time. Excellent for our team building day!

The year is 2039, and Dr Driver was on the verge of completing and activating the world’s first Nuclear Fusion reactor, The Afterlife Engine. Offering unlimited clean energy, curing carbon emission overnight and leaving no nuclear waste, it was the dream of a cleaner, greener world becoming reality for all mankind.

All tests were passed, and Dr Driver was ready to activate The Afterlife Engine at last. But on the eve of this momentous event, Dr Driver became increasingly paranoid that someone was out to sabotage the launch and the Engine itself.

He placed the Engine’s ignition case and systems under a complex lock and key system, The Driver Code, and installed a self-destruct system to avoid tampering. And then he was found dead. Who killed Dr Driver, and why? Can The Driver Code be broken? With these answers lost, the world needs the brightest minds to save it. In 90 minutes, can you unravel the mystery, change the course of human history forever, and prevent the self-destruction of Dr Driver’s greatest achievement - and in doing so, save the world?

Can You and your Team activate: THE AFTERLIFE ENGINE? 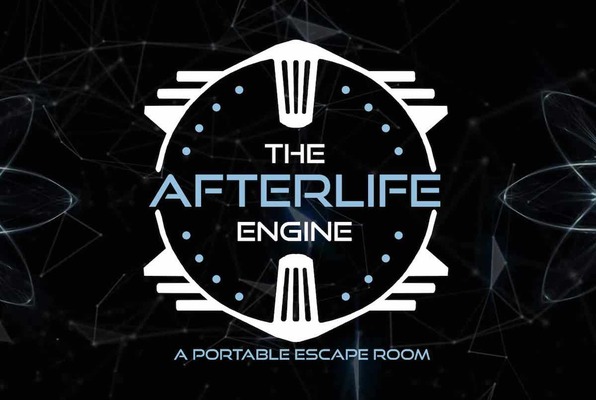