Company: The Riddle Within

Based in Studio 338, Greenwich Peninsula

I went to this escape rooms with a group of five people and we finished with four minutes to spare. The game was really fun and challenging but easy enough to solve with some hints. Definitely recommend for anyone who hasn’t done escape rooms as well as those who have!

Can you crack the codes, the chemistry and the method used to cook the purest product?

An abandoned vehicle has been found deep in the desert wastelands of New Mexico. Riddled with bullet holes and containing some highly interesting lab equipment, it's clear that this Recreational Vehicle has not been used for the usual kind of recreation.

Accompanying the methyl-amine and the glassware is a notebook. Written entirely in code and hidden behind a series of puzzles and clues, lies the ultimate recipe... The method for making the highest quality crystal the world has ever seen!

As a group of upstart players, this is the holy grail and could be the start of your empire business. Can you get inside the mind of your predecessors and pick up where they left off?

Remember, the cartel are on their way so time is short and you will have to work together quickly or you may never escape the desert alive!

Suit up bitches, it's time to break bad 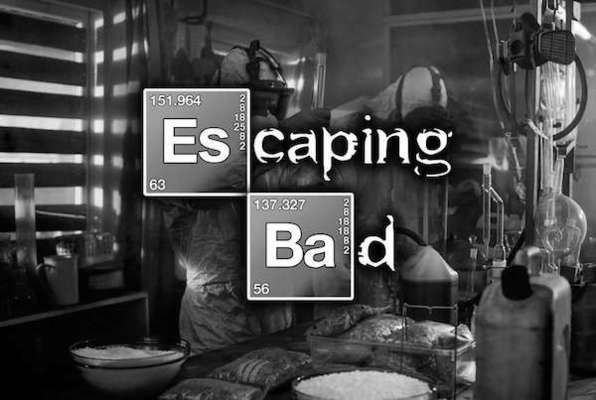