Escape game The Battle for Britain

We were here back in October 2019 (slightly behind with my reviews) and had booked the Battle of Britain room for a friend's surprise birthday present. We were a mixed group of veteran escape room-ers as well as some newbies but still had a great time.

Take specific note that they have two sites and they'll provide you with a number to ring if the gates at the end of the street aren't open. We headed up the stairs, into the venue and were given a great briefing before taking on the room.

I won't go into specifics, but if you're looking for an escape room with a different / WWII theme, then this one is definitely recommended.

The day is 18th August 1940 and the Luftwaffe have launched a resurgent attack on Britain, where your air base has been hit by the first wave of heavy bombing. As the only survivors, you must access the strategic ops room and mobilise the full force of the RAF to save Britain. But with a second attack imminent, can you also save yourselves? 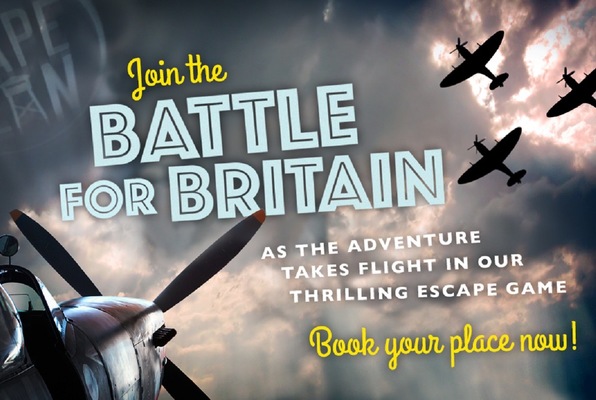 Reviews of escape game "The Battle for Britain"