Absolutely fantastic experience worth every penny! Went with 2 teams from work and everyone loved it. My only suggestion would be that you should film it and then sell this as optional to the groups at the end, it would be interesting to see yourself afterwards doing the tasks. The people who run it are friendly and really looked after us

In Ancient Egypt, the great Pharaohs ruled with an iron fist. They sought wealth, power and knowledge from the Gods. It was tradition for Pharaohs to be buried with their most prized possessions after passing away. For some, this meant riches, for others their most loyal slaves. For Pharaoh Kamzu however, this meant being buried with a secret that has long since been forgotten.

After thousands of years a team of archaeologists uncovered his final resting place and sent in a team to explore it. Their aim was to recover whatever treasure they could find, but once they entered the tomb they were never seen again. After weeks with no sign of them we received a message from the expedition, one single word came through the radio with a burst of static: “CURSED”. Venture into Pharaoh Kamzu’s hidden tomb, see if you can work out what happened to the explorers and try to prevent it from ever happening again. Can you break the curse?

Please note this experience takes place at the secret location near Leeds train station. Details of the meeting point will be e-mailed to you once you’ve booked. 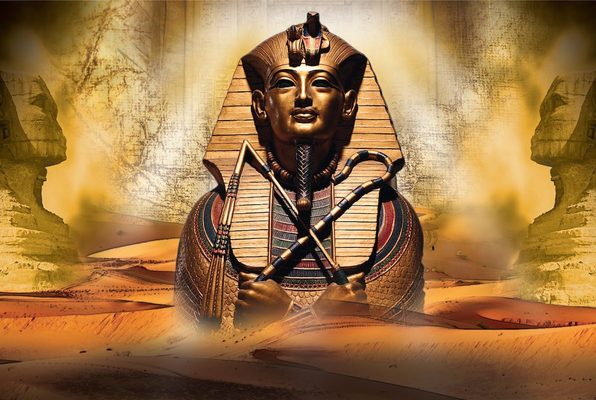